The technology involved in Uncrewed Aerial Vehicle (UAV) missions is evolving fast, and with it we are seeing a demand for increasingly autonomous operation and less operator input. The use of basic flight control systems that require continuous intervention by an operator during critical stages of a flight is now a thing of the past.

UAV Navigation has consistently led the field, providing its clients with flight control solutions which allow them to perform fully automatic operations whilst at the same time reducing risk. The company's advanced systems reduce operator workload, allowing them to focus on the main purpose of the mission. With this in mind, UAV Navigation's engineers have developed new features for the flight control system which provide for even greater autonomy and reduced operator input. These developments include not only fully automatic take-off and landing, but also dead-reckoning and visual navigation capabilities, differential braking,  referenced navigation or automatic actions on flight plan waypoints.

Visionair, the company's GCS Software, is an intuitive and mission-oriented application  designed to enable the Designated UAS Operator (DUO) to plan and execute UAV operations, as well as to conduct post-mission analysis.

Visionair's 'Flight Plan Editor' module includes a range of other advanced features which contribute to reducing even further operator input; they include complex maneuvers and actions on, helping the DUOs to focus on other important tasks such as those associated with an onboard payload. These advanced features include:

Configuration of conditional events on waypoints

The Flight Plan Editor allows the operator to configure 'actions on' which can either be triggered automatically or only if a certain alarm is active/inactive. This provides enhanced flexibility within the system and, again, means that operator intervention is minimized during a mission.

Learn more about UAV Navigation's GCS software, including its features and capabilities or feel free to contact us so that we can help to enhance your UAV mission performance. 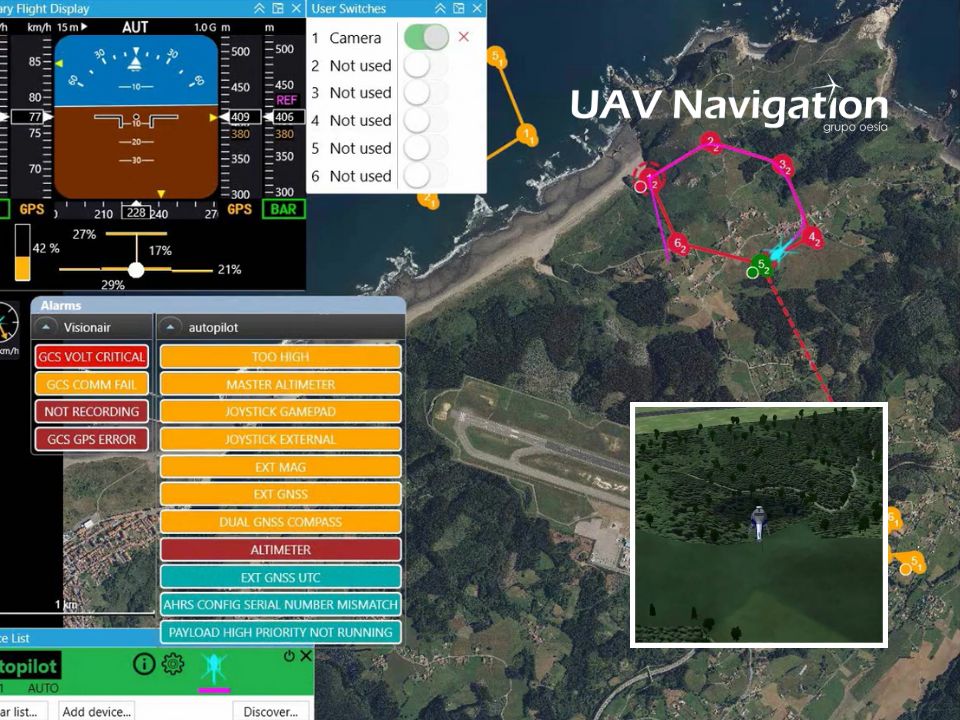