There are different types of navigation system: 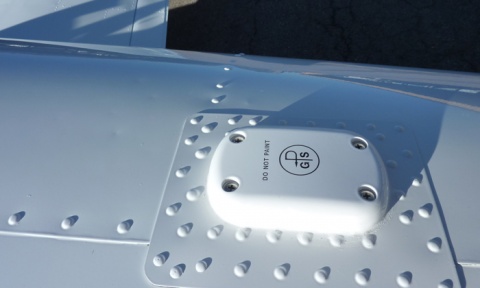 Refers to a global system for determining timing, position and velocity using several GNSS sub-systems. GNSS is a global term referring to all satellite navigation systems, which include GPS, GLONASS, Beidou and Galileo.

GNSS is based on position calculation on the Earth's surface by measuring the pseudo-distances from a minimum of three known position satellites. A fourth satellite will allow altitude also to be calculated. Satellite navigation receivers reduce errors by using signal combination from multiple satellites as well as different strategies (eg. Kalman filtering techniques) to merge all the noise-affected data in order to provide an estimation of position, time (UTC) and speed. 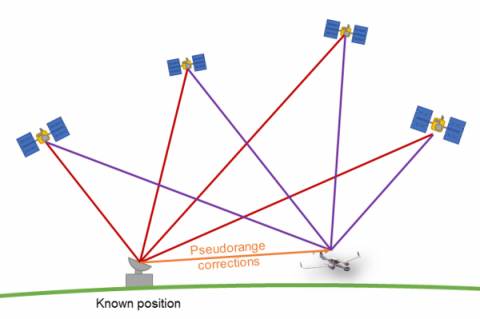 ABAS Is an avionics solution that processes the GNSS signal in order to check integrity. It is based on 3rd party on-board devices and special estimation algorithms. The most widely used system is RAIM which uses redundant GNSS signals to ensure integrity and fault detection, giving the ability to warn the user about a defect in a particular satellite's signal. More advanced strategies such as FDE are able to exclude such satellites from the solution.

SBAS Is based on GNSS measurements by accurately-located reference stations deployed across a specific area. Detected GNSS errors are then transferred to a computing centre and broadcasted using geostationary satellites to complement original GNSS message in the covered area. Systems like EGNOS (Europe), WAAS (USA) and others compensate for certain disadvantages of GNSS in terms of accuracy, integrity, continuity and availability. 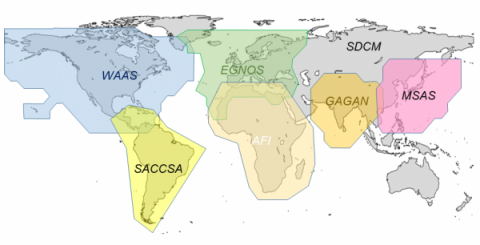 GBAS The main difference from SBAS is that the broadcasted signal is sent from ground stations using VHF and UHF bands, being used mainly in airports for traffic control and final approach (LAAS). Systems such as DGPS and RTK are considered a type of Ground Based Augmentation System.

UAV Navigation's VECTOR autopilot makes the best possible use of GNSS technology by integrating it within its AHRS.

By special request, several GBAS options are also available in order to provide the best possible navigation solution for a particular application.