For fixed wing UAVs operating from traditional runways and landing strips, the landing manoeuvre is usually the most challenging and critical stage of any flight.

For small/tactical UAVs there are various different options available for the landing phase, including: a runway or belly landing, a ‘deep stall’ manoeuvre, parachute recovery or a capture mechanism such a net.

All of these mechanisms have their benefits and drawbacks and choosing between them at the design stage will often depend on factors such as the size of the platform, its resistance to landing shock, the on-board payload or the rate of descent and touchdown characteristics required by the operation.

For larger aircraft equipped with delicate, high value payloads the landing manoeuvre becomes even more critical. This is particularly so where there are particular operational restrictions that must be taken into account, such as horizontal precision (e.g. net landing), the need to adapt to extreme wind conditions or other environmental conditions (e.g. a ship’s deck which is pitching and rolling in high sea states). In these circumstances the best solution may be to control roll, yaw, airspeed-pitch and throttle in order to achieve a desired glide slope profile which ensures a precision landing with the minimum ground speed.

The standard runway landing manoeuvre begins when the aircraft initiates a controlled, stable descent to coincide with the landing pattern which has been established for the particular platform type. The approach may be accomplished using a traditional L-shaped ‘base and final’ flight plan, or a straight line to the desired landing location, if necessary on a particular bearing.

The UAV Navigation autopilot will select automatically between these types of approach. This includes selecting between a left hand or right hand circuit, depending on the position of the aircraft with respect to the runway. 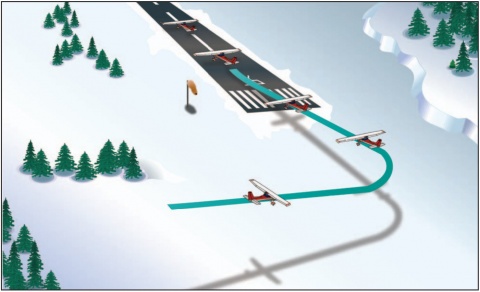 In order to achieve a successful landing, the autopilot must carefully control aircraft attitude and engine power. In particular the flare manoeuvre is a critical part of the landing; if the flare manoeuvre is not executed correctly a hard landing may result. Such hard landings, which are commonplace when using inferior autopilots and accessories, may lead to multiple issues including the collapse of the landing gear, damage to the payload or airframe, a tailstrike or a runway overrun or excursion. The quality, performance and setup of the autopilot during this phase is therefore critical. UAV Navigation autopilots use advanced control logic to ensure to ensure flight safety.

Of particular note for fixed wing landings is the importance of an accurate and reliable method for Above Ground Level (AGL) altitude measurement. For UAV systems this measurement can be obtained using a variety of means: 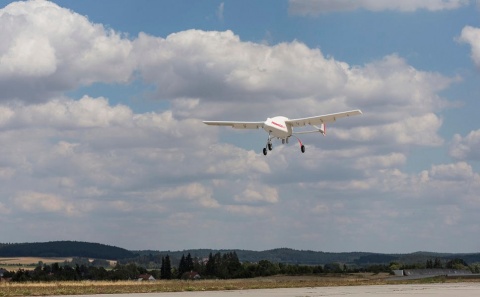 Many UAV flight control systems require the use of DGPS/RTK systems for accurate positioning and AGL measurement during the landing phase. However, such equipment is very expensive. In addition it must be noted that GNSS, DGPS and RTK systems provide altitude referenced to the geoid, which provokes a loss of precision.

UAV Navigation has resolved these drawbacks and cost limitations by developing superior logic to control the landing phase. UAV Navigation’s advanced logic means that a standard runway landing can be achieved without using an expensive DGPS/RTK system. This means that the system does not have to rely on expensive peripheral equipment such as RTK, DGPS etc. Of course those payloads can still be integrated and used, but they are not a prerequisite for precision landing when using the UAV Navigation system.

This is a major cost differentiator when considering which autopilot to use for a fixed wing UAV platform which requires a standard runway landing capability.

Aside from the cost implications, laser or radar altimeters also tend to be smaller and lighter compared to other solutions based on DGPS/RTK. Generally they also do not require such complex installation (wiring, antennas, etc) and do not require a ground station element as all the sensor package is contained in the airborne element. This can be critical in a UAV platform where space is limited. Another benefit is that these sensors do not occupy any of the datalink bandwidth, thereby increasing reliability and safety of the system.

In summary, a standard runway landing capability can be achieved for fixed wing platforms when using a UAV Navigation autopilot in conjunction with a relatively inexpensive sensor, such as a radar or laser altimeter. This will simplify installation, reduce cost and alleviate the burden on the bandwidth required of the UAV’s datalink. 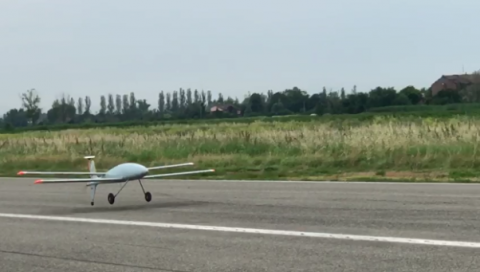