Vibrations are an important part of the system as they can impact the performance of the whole system. A correct understanding of the vibration frequencies, its analysis, and suitable integration of the autopilot may prevent sensor saturations due to high vibrations which affect flight safety and basic control efficiency.

The proper installation of the flight control system will allow a safer and more efficient operation. This is one of the main points that our Integration Service pays more attention to. The customer takes great advantage of UAV Navigation's years of experience in this service as well as online support.

Vibrations can be mitigated by means of hardware by using shock absorbers created with materials and geometries that helps to reduce the forces induced by the engine and the flight dynamics; and by means of software, with algorithms where different filters isolate the negative frequencies for the system.

The system can be simplified to a model where the final rigid mass is the autopilot mass plus the mounting plate mass or the mass of the whole electronics box that is also known as “system mass”: 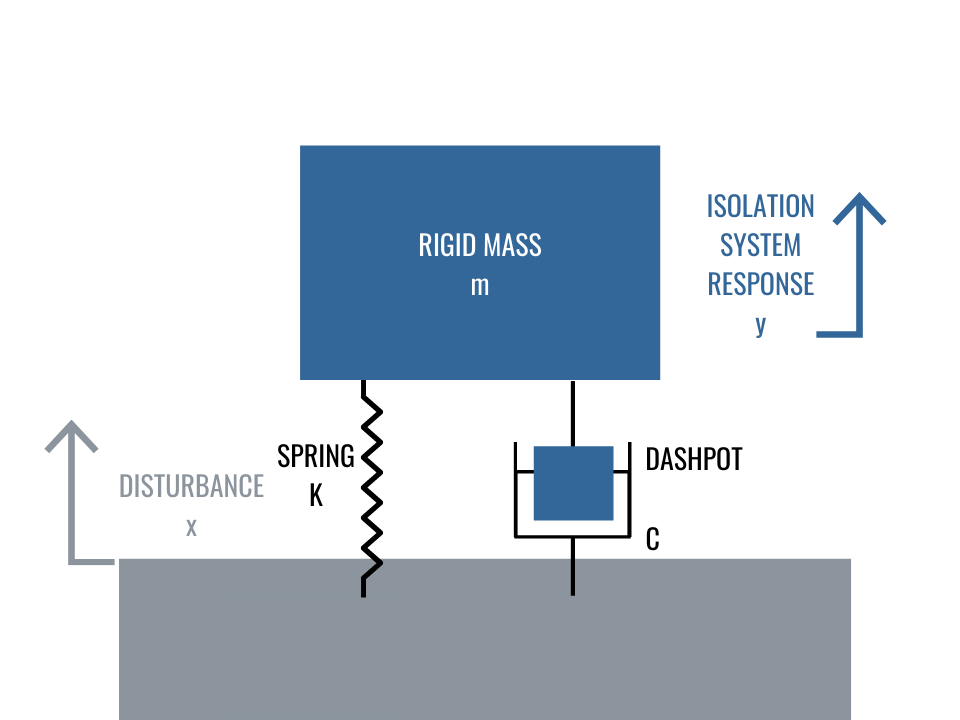 Under disturbance, the system will react according to the frequency ratio named “Natural frequency”, which is the frequency at which the system (mass plus spring) tends to oscillate in the absence of any driving or damping force. 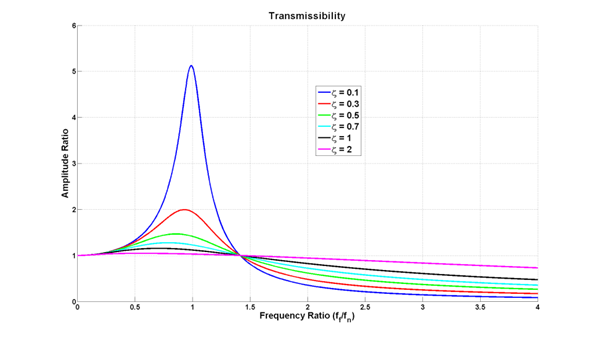 According to the graph, the shock absorbers can either amplify the vibration or damper it. It depends on the frequency ratio (f/fn).  When the excitation frequency is √2 times the natural frequency the system will not amplify nor damper the excitation amplitude. The damping ratio (ζ) determines the shape of the amplitude ratio. This is related to the shock absorber properties. A high damping ratio reduces the resonance peak and also reduces the damper effect at high frequencies. In this way, good dampening characteristics occur if the frequency ratio is higher or about 3. 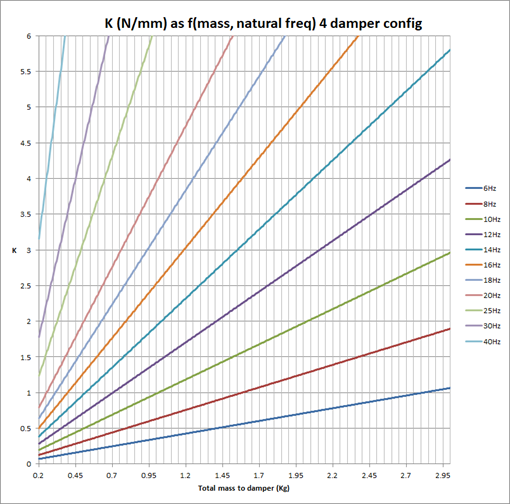 In general, it is positive to reduce the natural frequency of the system by lowering the rigidity of the shock absorbers or increasing the mass.

In some cases, some low-frequency oscillations can not be dampened. If that happens, it is a good idea to increase the damping ratio so that there is a tradeoff between not amplifying low frequencies too much and decreasing high frequencies.

UAV Navigation knows the importance of integration so it has invested a lot of time to reduce the impact of the vibrations not only by studying shock absorbers but also by developing robust logics that guarantees a good performance and ensures flight safety.

Likewise, our autopilot has passed the MIL-SDT-810, a certification standard that ensures the system’s capability to survive intense shocks and vibrations and guarantees correct behaviors during the operation.

This way, our engineers have made simulations with the aim of identifying the most appropriate characteristics in an isolation system and with the main goal of helping our clients at the time of selecting the most suitable dampers.
This study is available to our clients under request.