UAV Navigation, a leading vendor of flight control avionics and motion processing solutions, announces its sponsorship of a plane competing in the Reno National Championship Air Races and Air Show in September 2012. The pilot will be Guillermo Parodi, UAV Navigation’s CEO and co-founder. Like most of the planes taking part in the Formula One category, his plane, callsign “N-A-RUSH”, is a Cassutt Special III, a single-seat racer designed in the United States in 1951.

Guillermo commented, “The first-hand experience of flight-testing the company’s avionics equipment myself is invaluable. It's a direct way of understanding the needs of the ultimate consumer and a fertile ground for breeding new ideas.” UAV Navigation has extensive experience in motor sports events. It has supplied the telemetry used in the Red Bull Air Races and the onboard Gyrocam stabilization for MotoGP. These extreme environments provide a highly visible and challenging training ground for the company’s equipment. Prototypes and ideas can be tested in a real and demanding environment and later translated into final products in general aviation and unmanned systems for UAV Navigation’s core markets. 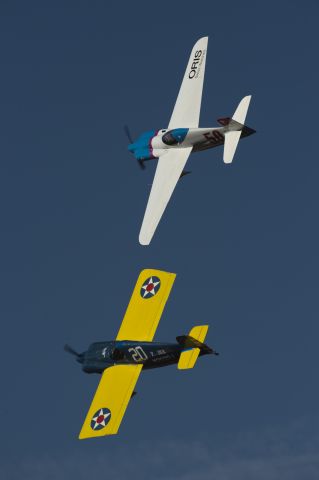 The Reno National Championship Air Races is one of the last pylon-racing event in the world. With seven classes of aircraft racing around the course, anywhere from 50 to 500 feet above the ground and flying wing-tip to wing-tip at speeds exceeding 500 miles per hour, it is truly an event not to be missed. The plane that UAV sponsors participates in the Formula One category. Formula One aircraft are all powered by the Continental O-200 engine. The fastest Formula One aircraft reach almost 250 mph on the 3.12-mile race course in Reno. Many Formula One aircraft are built by the pilots that race them and are a great way to enjoy the excitement and satisfaction of air racing.