Madrid, 12 September 2022 - UAV Navigation releases its new Visual Navigation System (VNS). This exciting new capability is bound to cause a stir amongst manufacturers and end users of NATO Category I and II UAS. The compact and lightweight device, which is provided as an optional peripheral to the main Flight Control System (FCS), enables the safe and efficient navigation of Uncrewed Aerial Vehicles (UAVs) in GNSS-denied environments. The Visual Navigation System combines “visual odometry” techniques and “pattern identification” with the rest of the sensors onboard the aircraft to ensure that the absolute position, orientation and relative movement of the aircraft over the ground is calculated with astonishing accuracy.

The planning and execution of UAV missions in environments in which the GNSS signal is either unavailable or unreliable is becoming more and more critical. For some missions, the datalink to the Ground Control Station (GCS) may be subject to interference, or indeed the operation dictates that the flight must be performed without a datalink from the outset. Under these circumstances, UAS traditionally rely on an inertial navigation system (INS) to complete the mission. However, all such inertial systems accumulate navigational drift due to sensor noise, propagation models and the difficulty in characterizing external forces. This positional error limits any such UAS operation as an accurate position cannot be guaranteed.

The new VNS, combined with the VECTOR range of flight control systems, effectively addresses this problem by using data which is independent of the GNSS constellation and which is more accurate than INS. The system identifies patterns in the terrain below in order to assist in canceling out any accumulated error, thereby allowing the UAS to operate for long periods of time without losing positional precision. In addition, thanks to its reduced size and weight, it can be installed in Category I and II UAS, enabling them to take advantage of this navigation technique without penalizing autonomy or payload capacity.

The new Visual Navigation System, which has been developed entirely by the Spanish company UAV Navigation, part of the Oesía Group, has produced outstanding results during flight testing, both on fixed-wing platforms, typically with higher airspeeds and greater service ceiling and also rotary wing platforms, where high vibrations and hover maneuvers are typically a problem. The new VNS has proved its ability to provide accurate navigational information for flights where there may be an intermittent loss of GNSS signal and also when a flight must be executed from the outset without GNSS data.

UAV Navigation and Grupo Oesía, national leaders in safe and reliable multi-mission systems for unmanned vehicles, are shaking up the UAS sector, investing in innovative systems that combine cutting-edge technology with decades of experience to provide outstanding navigation systems capable of operating in hostile environments. 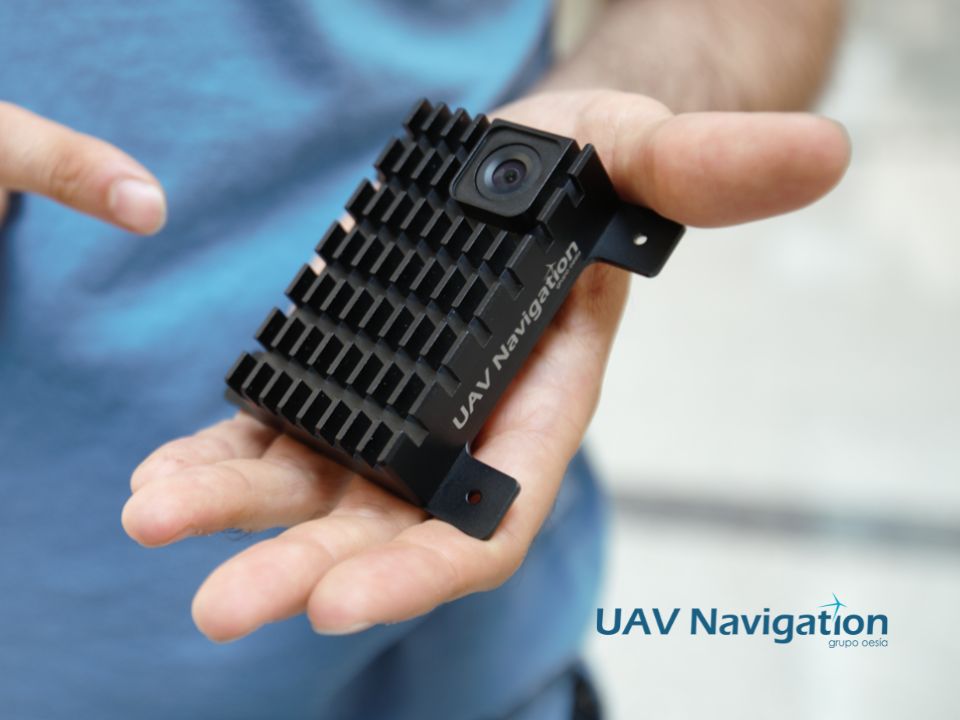