The VECTOR-HIL is the most advanced training simulator developed by UAV Navigation. The HIL enables the simulation of realistic flight condition using a real VECTOR hardware & software (FCC) and a second computational unit simulating the environment and sensor input (SIM). 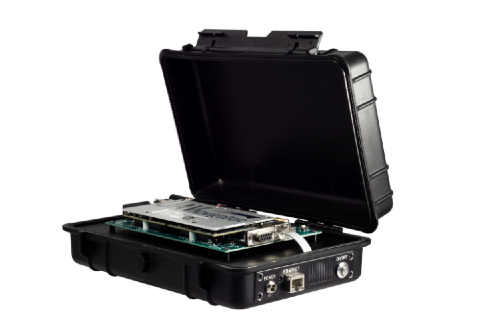 Test and train for sensor failures.

Full 3D visualization of the UAV and its environment. 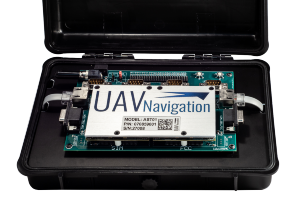 The VECTOR-HIL allows customers to train their pilots with UAV Navigation’s system, but that can be used in trade fairs or for commercial DEMOs. In the same way, it can be used in iron-bird environments for testing as well as to connect some payloads for a more realistic simulation. The device consists of two separated computational boards: one runs an aircraft simulator (SIM) while the second (FCC) runs the real flight VECTOR software.

The SIM is able to:

●  Display the 3D platform and environment on Flight Gear.

●Emulate the aircraft dynamics based on a complex dynamic and parameterized model.

● Emulate the behaviour of an estimator suite (AHRS) which is included in the standard autopilot VECTOR.

● Read the PWM output from the AP to emulate the servo actuator in each control surface. Also, it is possible to simulate sensor failure, noise, disturbances and servo malfunction.

The FCC Board stands for Flight Control Computer and runs the real flight control software. It receives the attitude data from the AHRS-INS port as the original code does, and it is configured and managed by Visionair.

WHAT IS VECTOR HIL?

VECTOR-HIL is an Hardware In the Loop simulator designed by UAV Navigation. It is based on the VECTOR architecture and allows to simulate missions of Targets, VTOL, Rotary & Fixed Wing platforms

To provide a realistic training environment to the user, HIL provides extensive configuration capabilities. This also helps the user get a better understanding of the aircraft in case of emergency situations, without having to test it directly on the platform.

The simulation environment can be controlled through the HIL SIM CONFIG application.

This software has been developed by UAVN for Windows® and launches the configured Flight Gear session.

It features several tabs which allow to: 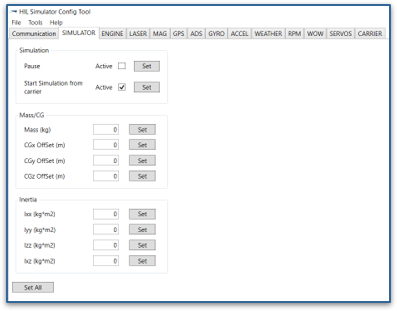 During the training, the following functionalities are available:

●     Changes in the Center of Gravity and Inertias of the platform. It is useful, for example, to emulate variation in weight distribution due to fuel consumption or by cargo drop.

●     Emulation of engine failure or power loss. This functionality allows the simulation of the autorotation for helicopters or the activation of stall protection for fixed wing platforms.

●     Deactivation or perturbations with signal noise of several sensors such as:

○     Magnetometer to emulate e.g. calibration out of boundaries.

○     Gyro and accelerometers to emulate vibration issues on the platform.

●     Weather condition simulations such as wind speed and direction or gusts.

●     Servo lock up simulations to a known position.

WHAT IS VECTOR HIL USEFUL FOR

The HIL reproduce a realistic environment that allows to train UAV operators: 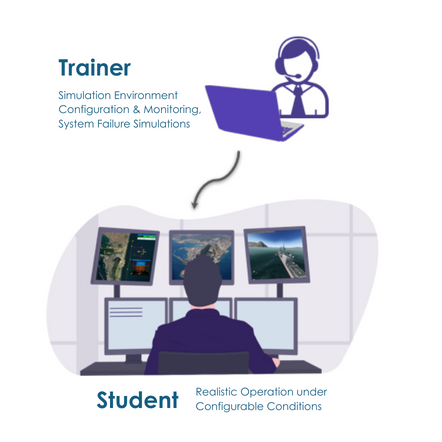 The HIL can be also used to plan and test missions that the platform must accomplish in real operations.

In Fairs and Showrooms the HIL is strategic for:

The HIL can be used for “iron-bird” tests thanks to its connectivity capabilities:

In such configuration the HIL serves for servo and peripherals integration tests, by simulating movement and payload handling expected during real flight 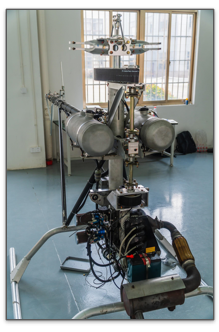 Through the HIL software interface it is possible to induce emergency conditions during the flight operation simulation. This feature fulfil a twofold role: 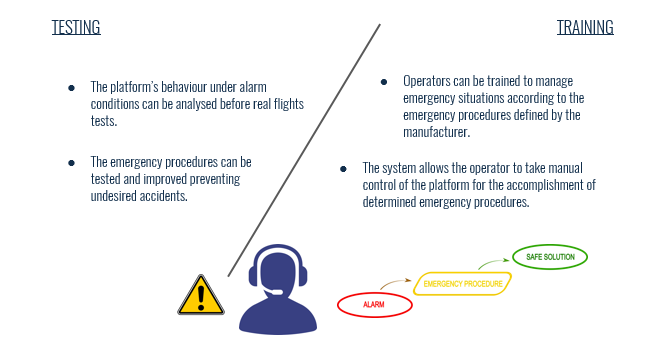 Do you want to know more about VECTOR-SIL?

Do you need more information?