1.1. Establish the track that needs to be followed (i.e. Flight Plan)

1.3. Execute all necessary guidance actions to correct any deviation in position

2.   There are different types of navigation system:

​2.2. Astronavigation. Using angular measurements taken between a celestial body (the sun, the moon, a star…) and the visible horizon

​2.3. Dead reckoning. Involves the use of visual checkpoints (starting point) along with time, speed and heading measures to estimate the distance travelled

​2.4. Inertial navigation. An on-board computer processes speed and attitude, together with information provided by motion sensors (accelerometers, gyroscopes and magnetometers) in order to give the current location from a known start point 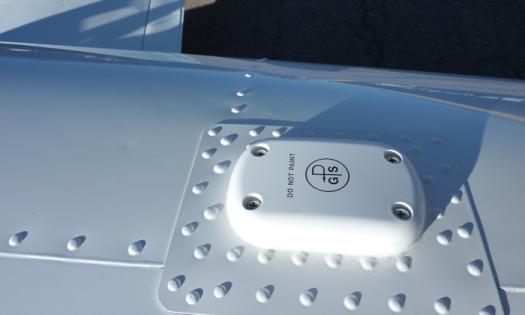 3.   Refers to a global system for determining timing, position and velocity using several GNSS sub-systems. GNSS is a global term referring to all satellite navigation systems, which include GPS, GLONASS, Beidou and Galileo.

4.   GNSS is based on position calculation on the Earth's surface by measuring the pseudo-distances from a minimum of three known position satellites. A fourth satellite will allow altitude also to be calculated. Satellite navigation receivers reduce errors by using signal combination from multiple satellites as well as different strategies (eg. Kalman filtering techniques) to merge all the noise-affected data in order to provide an estimation of position, time (UTC) and speed.

5.3.1.   ABAS (Air Based Augmentation Systems) Is an avionics solution that processes the GNSS signal in order to check integrity. It is based on 3rd party on-board devices and special estimation algorithms. The most widely used system is RAIM which uses redundant GNSS signals to ensure integrity and fault detection, giving the ability to warn the user about a defect in a particular satellite's signal. More advanced strategies such as FDE are able to exclude such satellites from the solution.

5.3.2.   SBAS (Satellite Based Augmentation System) Is based on GNSS measurements by accurately-located reference stations deployed across a specific area. Detected GNSS errors are then transferred to a computing centre and broadcasted using geostationary satellites to complement original GNSS message in the covered area. Systems like EGNOS (Europe), WAAS (USA) and others compensate for certain disadvantages of GNSS in terms of accuracy, integrity, continuity and availability. 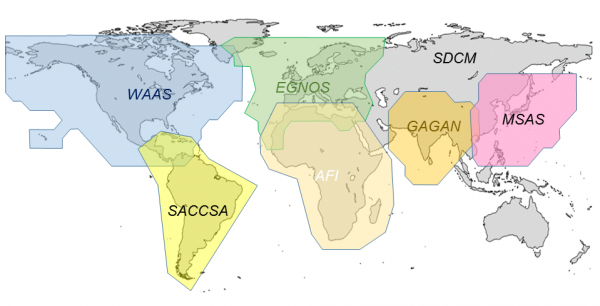 6.   UAV Navigation's VECTOR autopilot makes the best possible use of GNSS technology by integrating it within its AHRS.

7.   By special request, several GBAS options are also available in order to provide the best possible navigation solution for a particular application.

8.   Global Navigation Satellite System (GNSS) positioning is based on the pseudorange between satellites and receivers.

9.   The ‘time of flight’ of radio signals from several satellites to a receiver is used to calculate pseudorange or pseudo-distances. The term ‘pseudorange’ is used to distinguish it from true range, as it may be affected by various sources of error in time of flight measurement.

10. Even the smallest timing errors can result in large position errors: for example, a 10 ns timing error might imply a 3m pseudorange error.

11. Various types of error may degrade precision, including the following:

12. Ionospheric and Tropospheric Errors.   The ionosphere is the layer of the atmosphere between approximately 75 km to 1000 km above the Earth’s surface. This layer contains ions which are electrically charged.

5.1.   When the GNSS signal passes through this layer, its interaction with theses ions reduces its speed and therefore introduces an error.

5.2.   Ionospheric delay may vary depending on solar activity, the time of year, time of day or location, making it very difficult to predict the induced delay.

5.3.   On the other hand, the troposphere is the layer closest to the earth surface. It is approximately 8 and 14 km deep, depending on the location on the Earth’s surface. Tropospheric errors are caused by temperature, density, pressure or humidity changes. 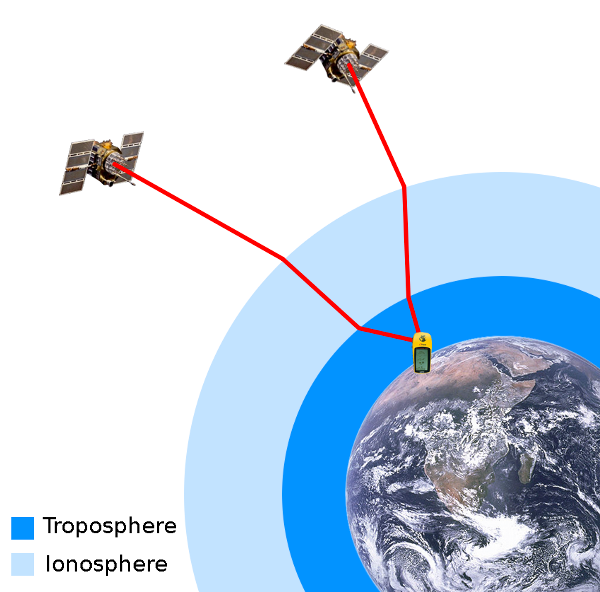 13. Satellite Clock Errors.   Although GNSS satellites use the most precise atomic clocks featuring nanosecond accuracy, the clock drift phenomena may cause minute inaccuracies which can produce errors that affect positioning.

14. Ephemeris Data Error.   These are errors induced by the satellite’s location. An ‘ephemeris error’ describes the difference between the expected and actual orbital position of a GNSS satellite. Because GNSS receivers use the satellite's location in pseudorange calculations, orbital error reduces GNSS accuracy.

14.1. The navigation messages include ephemeris data together with information about the time and status of the entire satellite constellation, called the almanac. Ephemeris are used to calculate the position and the clock deviation of the receiver; the almanac is used to check the visible satellites from a receiver according to the moment of time and its position.

15. Receiver Quality.   The hardware used within the receiver may limit precision by introducing inaccuracies in receiver timing.

16. Multipath Errors.   Multipath errors appear when a GNSS signal arrives at the receiver GNSS antenna after having been reflected from an object such as the surface of a building (see diagram below). The reflected signal clearly has to travel further to reach the antenna and so it a